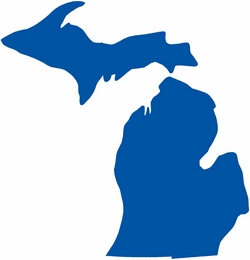 The Nominating Convention for Democratic candidates will be held on April 15, 2018.

The Democratic candidate for Attorney General, Secretary of State, the UM, MSU and Wayne State College boards, were chosen at the April 15th Nominating Convention of the Michigan Democratic Party.  Any Democrat who wishes to have a voice in who is the Attorney General candidate or Secretary of State candidate must be registered 30 days before the Nominating Convention as a Democrat with the State Party so they can attend the convention and be a member in good standing. Click here to register for membership with the Michigan Democratic Party. The venue has not yet been announced.

The Primary Election in Michigan was held on August 7th, 2018.

The General Election will be held on November 6th, 2018.

The following offices will be decided during the 2018 elections in Michigan. Click on each position to see a list of declared candidates and links to their campaign information.

U.S. Representative in Congress (all 14 districts)

State Board of Education (2 seats)

Justice of the Supreme Court

Judge of the Court of Appeals

Judge of the Circuit Court

Judge of the District Court