Justices of the Michigan Supreme Court

Samuel Bagenstos has been a civil rights lawyer for more than 20 years. Under President Barack Obama and Attorney General Eric Holder, he served as the Principal Deputy Assistant Attorney General for Civil Rights at the U.S. Department of Justice. He is now a professor of law at the University of Michigan. Early in his career, Sam was a law clerk to Justice Ruth Bader Ginsburg on the U.S. Supreme Court. He has argued cases in courts throughout the country, including four civil rights cases in the Supreme Court of the United States. Throughout his career, Sam has fought for the rights of all people.  https://www.bagenstosforjustice.com/

Megan Cavanagh is a life-long Michigander who grew up in East Lansing and lives in metro Detroit. She is a graduate of the University of Michigan College of Engineering and Wayne State University Law School. She has over fifteen years of experience as one of Michigan’s top appellate attorneys and is a shareholder at Garan Lucow Miller P.C. in Detroit.

“I am running for the honor to serve the citizens of Michigan as a Supreme Court Justice because I believe that our justice system, the Supreme Court in particular, should preserve and promote the rights of all litigants and citizens on a fair and unbiased basis.”   http://www.cavanaghforsupremecourt.com/

State Board of Education:

Tiffany Tilley is a proven, strong Democratic Leader who believes that every child has the right to a free, high quality education that will become the foundation of their life.  Tilley was a substitute teacher in undergrad in over 15 schools, and over 5 cities in Michigan. She was an instructor at Wayne State University for the K-12 SEMAA Program (STEM), sponsored by NASA.

Judith Pritchett, PhD, is chief academic officer for the Macomb Intermediate School District.  She has been in school administration for m.any years.

Board of Regents, University of Michigan:

Jordan Acker believes that all Michiganders should have access to the University system.

Paul Brown wants to earn your support so he can fight for working families by decreasing tuition, increasing access to UofM for students from all our communities and broadening the positive economic impact of the University. Regents have the important task of acting as the University of Michigan’s board of directors with oversight of its three campuses, state-wide hospital system, $11 billion endowment, 45,000 employees, and $10 billion budget. It is a serious job that demands serious experience. The ongoing attacks on public education, skyrocketing costs of tuition, and scandals at other schools have highlighted the importance of nominating experienced and skilled candidates for boards of education. The success of our schools, students, economy and party depend on it. 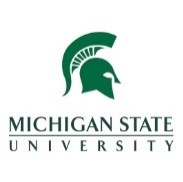 Briana Scott is a lawyer, who served as the first African American assistant prosecutor for Muskegon County before going into private practice.  She has won numerous awards and recognitions for her work.  She will work to make MSU safe and peaceful for all, bring Accountability & Transparency for the Board of Trustees, ensure the cost of tuition is affordable for all, develop methods to foster diversity and inclusion through equal access and equal opportunities to marginalized groups, engage students and faculty in quarterly town halls and involving them in board activities and decision making and demand more oversight over MSU Administration.

Kelley Tebay earned both her degrees from MSU: A BA in International Relations from James Madison College and a MS in Law Enforcement Intelligence and Analysis. This lack of leadership and lack of support for students must come to an end. It is obvious that students have not come first for some time and enough is enough. We deserve elected leadership at the board table that always asks questions, that always seeks to be open and honest with the public, and that always knows that the university's foremost responsibility lies with its students.Michigan State University has a unique opportunity to put all cards on the table and fix these cultural issues. This is our time to lead this university in the right direction. We can be leaders in taking a stand that this lack of accountability is unacceptable.

Wayne State Univ., Board of Governors:

Dr. Amil Kumar is running for Wayne State University because he believes in a WSU where all students can get a world-class education at an affordable price, where investments in research spark innovation, and where safety and transparency are prioritized to protect our students.

Bryan Barnhill who grew up on Detroit’s east side had some pretty special parents who pushed hhim academically.  He attended Harvard, was hired by a real estate firm in New York City but ended up coming back to Detroit.  He was always had a passion for social justice and community activism.  He became involved in local politics, helping Charles Pugh get elected to Detroit City Council, then worked on Mayor Duggan’s campaign. Eventually running it.  He was named Duggans chief talent officer, helping to draw young talented folks to Detroit.